Samar Halarnkar’s story, titled ‘As Millions Try to Prove Citizenship in Assam, One Man’s Story Reveals Peril’s of Proof‘, published on IndiaSpend.org on 28 October 2017 on citizenship in Assam was chosen as the winning entry for the ACJ Awards for Investigative Journalism 2017.

Other stories that were considered as final nominations and have been awarded special mentions (in no particular order) are as follows:

The jury’s citation read, Samar Harlankar’s ‘As Millions Try To Prove Citizenship in Assam, One Man’s Story Reveals Perils of Proof,’ has been chosen the winner of the third ACJ Award for Investigative Journalism. Built around the story of one man, arbitrarily plucked out of an obscure village and held without trial as an illegal immigrant for nearly three years, Samar’s investigation takes a peek into the anxious lives of many such, languishing in little-known detention camps in fulfilment of a campaign promise to rid Assam of “foreigners.” At the heart of this inquiry is the question of identity, the profound question, “Who am I?” that occupies all humans, turned around and flung in the detainee’s face as an accusation, “Who are you?” In the end, as the story proves with heart rending pathos, this exercise costing hundreds of crores of rupees to establish who is a citizen is a futile one, and for the uncomprehending prisoner, the beginning of a descend into a Kafkaesque nightmare.” 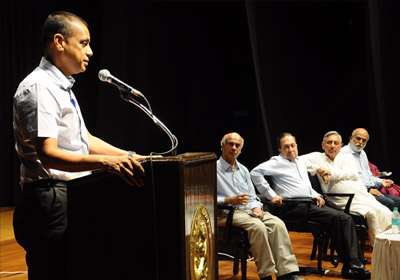 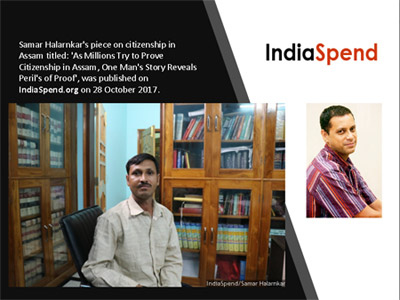