‘Coalgate 2.0’ authored by Nileena M S and published in The Caravan magazine in March 2018 was chosen as the winning entry for the ACJ Award for Investigative Journalism 2018.

The award, which comprises a trophy, a citation and INR 200,000/- in prize money, was presented to the winner by John Micklethwait, Editor-in-Chief of Bloomberg News, who was the chief guest at the journalism school’s annual convocation ceremony.

Other stories that were considered as final nominations and have been awarded special mentions by the jury (in no particular order) are as follows:

“The Jury arrived effortlessly at the unanimous decision that in the most impressive set of short-listed entries, one entry stood out. For its detailed, exhaustive and persuasive investigation and its clear exposition the 2018 Asian College of Journalism’s Award for Investigative Journalism goes to Nileena M S for her article ‘Coalgate 2.0’ published in The Caravan. The piece meets the criteria of what comprises a solid work of investigative journalism, combining extensive research uncovering new evidence to reveal a truth, hitherto unknown to most, and of essential public interest.

Nileena’s story investigates the allotment of “captive coal blocks” in Chhattisgarh’s Parba East and Kanta Basan regions to the Rajasthan Rajya Vidyut Utpadan Nigam Limited (RRVUNL) in a joint venture with PKCL (the Parsa Kanta Collieries Ltd), a subsidiary of the Adani Group.

In this story, the exploration of deforestation, re-locations of people, loss of livelihood, and denial of forest rights to tribals occupies the back canvas. In its foreground, the story is about coal. The writer undertakes a painstaking cost-benefit analysis of the mining of coal, the cost of its purification, its carriage and conversion to power, and seeks to demonstrate that far from being cost effective, the loss to the public exchequer of this joint venture runs by the most conservative estimates, to thousands of crores of rupees over the 30-year period of allotment. By contrast, she demonstrates, that had the joint venture been staked with the regional South Eastern Coalfields (SECL), a subsidiary of the state-owned Coal India Limited, the saving would have been in excess of INR 6000 crores.

The article tells us that despite the Supreme Court’s landmark decision of 2014, which disallows private companies from owning more than a 26% stake in a public joint venture in the coal industry, the law has been flouted in this case. The article while exposing the dubious financials of a private conglomerate, convincingly traces its links to the corridors of power that lead to its highest echelons.

‘Coalgate 2.0’ is a sterling example of investigative journalism in the field of financial reporting.” 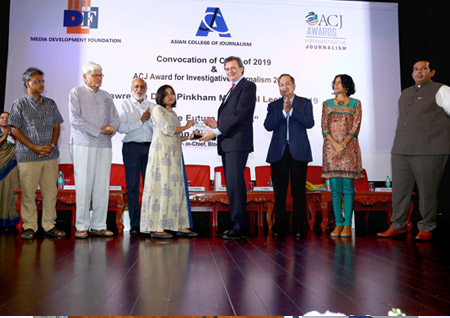 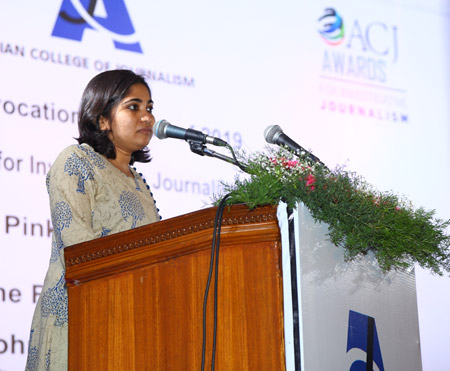