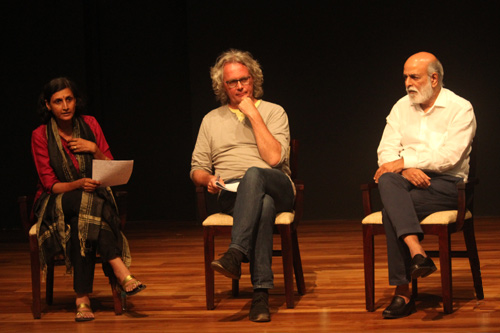 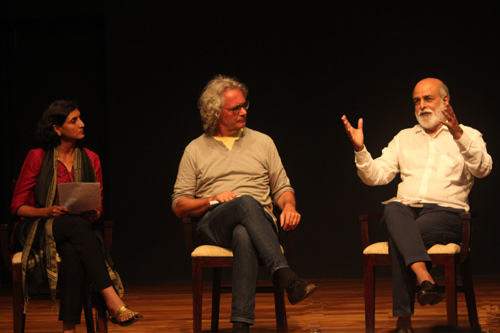 There are strong resonances today of the processes that culminated in the genocide of Jews and others in Nazi Germany and here the target group seems to be the Muslims, said Sashi Kumar, Chairman of the Media Development Foundation.

Kumar was participating in a panel discussion at the Asian College of Journalism (ACJ) here on Tuesday, after a two-day screening of Claude Lanzmann’s Shoah, a 540 minute movie on the Holocaust.

The film was shown at ACJ in collaboration with Goethe-Institut, Chennai, as part of worldwide screening to mark the International Day for Holocaust Remembrance, on January 27 every year. The marathon documentary brought together interviews and narratives of survivors and even perpetrators of the genocide that killed almost six million Jews.

“You are decitizenising the Muslims,” Kumar said, while drawing parallels with the Citizenship Amendment Act that excluded one religion. Referring to Shoah, he said it was uncannily similar and one cannot help but make connections with contemporary developments.

Helmut Schippert, Director of Goethe-Institut, talked about the rise of the right wing and right extremist views in his own country. In three federal states of Germany, a right extremist party won 25 per cent of the votes, he said, while also giving the example of Marine Le Pen in France.

The accountability of Germany owed itself to a complex process, involving Nüremberg trials, and reeducation programs including forced viewing of the films throwing light on the country’s war crimes, Schippert said.

Germany also maintained civil relationship with Israel, along with making symbolic monuments for all the regions and nations that they occupied as part of their reconciliatory approach and memory culture, he added.

Uma Vangal, Media Analyst and Adjunct Faculty at ACJ, said that Lanzmann provided an interesting trilingual framework in the film, where he utilized the editing strategy of keeping the questions, answers, and their translations a part of its runtime.