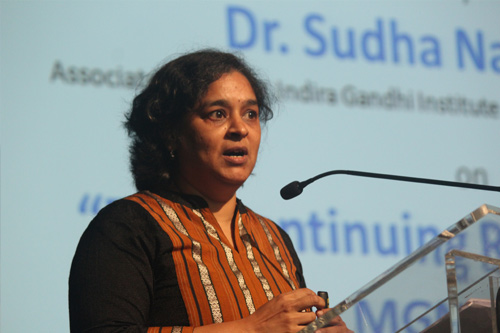 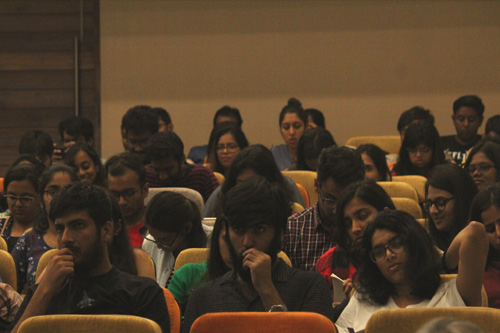 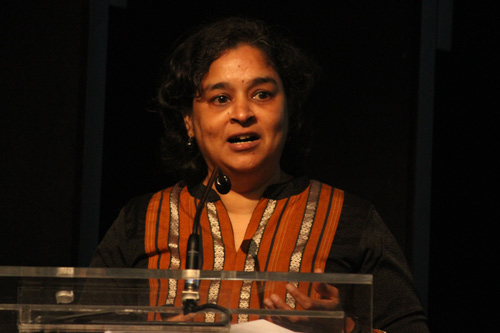 The Continuing Relevance of the MGNREGA

The importance of sustaining the MGNREGA programme at a time when the Centre is struggling to find funds left to sustain this comprehensive social protection scheme, was stressed Sudha Narayanan, Associate Professor, Indira Gandhi Institute of Development Research (Mumbai).

Delivering the T.G. Narayanan Memorial Lecture on Social Deprivation at the Asian College of Journalism, she said there were several issues plaguing the MGNREGA such as the imposition of Aadhar linked transactions for transferring wages to beneficiaries, lack of efforts to revise the basis wages which are even lower than the legal minimum wage and administrative rationing where not everyone who seeks work gets it.

Dr Sudha Narayanan pointed out that the primary goal of MGNREGA was social protection for the most vulnerable people living in rural India by creating durable assets to deal with drought and floods, providing employment opportunities and empowering the marginalised.

Underlining the potential of MGNREGA in countering the economic distress in rural areas, she pointed that there has been a 9 percent drop in rural consumption between 2011-12 and 2017-18 and a three-year-high unemployment rate.

MGNREGA, she said, had dented historical class imbalances in Bihar and Tamil Nadu by enabling workers, who depended on landlords, to earn a livelihood independently. MGNREGA was also leveraged to rehabilitate bonded labourers among the Sahariyas in Rajasthan.

During her field survey in Tamil Nadu in 2008, she said she had observed how the scheme had empowered women by increasing their “credit worthiness”, enabling them to pay off their debts or retrieve pawned gold, helping them to spend on children’s health and education and household expenses.

States such as Tripura, Madhya Pradesh, Rajasthan, Telangana, Andhra Pradesh, Tamil Nadu and West Bengal had used the MGNREGA to provide work for even the differently-abled and the elderly. MGNREGA had reduced short-term distress migration by 22 percent.

Despite the many epithets such as “gravy train”, “playing with mud”, and “digging holes” hurled at the advocates of MGNREGA by economists and critics, Dr Narayan added that the scheme had been effective in enabling the generation of 29.88 billion person days of work at a total cost of Rs. 5633 billion as of Jan 2, 2020. “Despite the scale, however, expenditure on the MGNREGA has never exceeded 0.4 percent of the GDP since inception and has usually hovered around 0.33 percent”, she added.